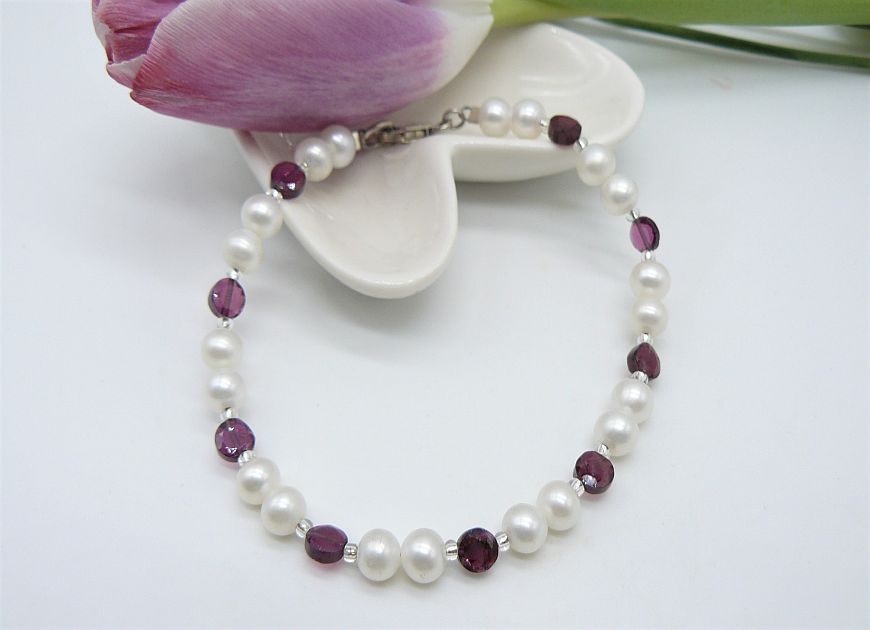 The beginning of a New Year and Garnet month

It's January! The beginning of a new year and Garnet month! Garnet is the birthstone for January - the name of which originates from the Latin granatus, meaning containing many seeds - often also linked to “pomegranate”, in reference to the similarity of their red colour seeds.

Garnets have been used since the Bronze Age as gemstones. Necklaces studded with red garnets adorned the pharaohs of ancient Egypt. Signet rings in ancient Rome featured garnet intaglios that were used to stamp the wax that secured important documents. The clergy and nobility of the Middle Ages had a preference for red garnets.

Garnets are traditional gifts on 2nd and 18th wedding anniversary and are also said to bring love, luck, health, loyalty and friendship to people who are born this month. According to Indian astrology, garnets helps eliminate negative feelings and instil greater self-confidence and mental clarity to promote creative thinking and peace of mind. In ancient and medieval times, gems like garnet were also thought to be remedies for inflammatory diseases and to soothe the angry heart.

I've got various shapes and colour tones of garnet beads in stock so why not take a look at the website for options or if you've got a design idea in mind just contact me to discuss options and let's get creative!